We bid farewell to Anastasia Pillay and James Harrison, we wish them the best of luck in their future endeavours. 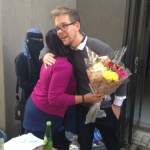 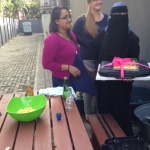 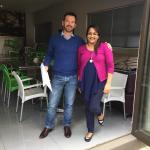 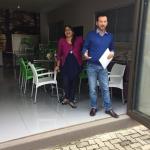 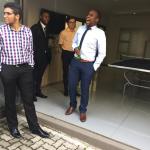 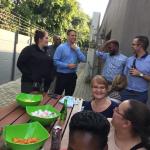 New members have been appointed and the members are as follows:
William, Rafeeah, Amaan, Miguel, Dean E and Dean P and Jennifer.

The S&S Club is launching monthly Table Tennis Tournaments. Please join in when you can so we can all meet up, have fun and let off some steam.

The first event will be held on 26 April straight after work.

We wish everyone restful and safe holidays for Freedom Day, on 27 April, and Workers’ day, on 1 May

We also would like to wish all the undergraduates good luck for the upcoming May -June exams. 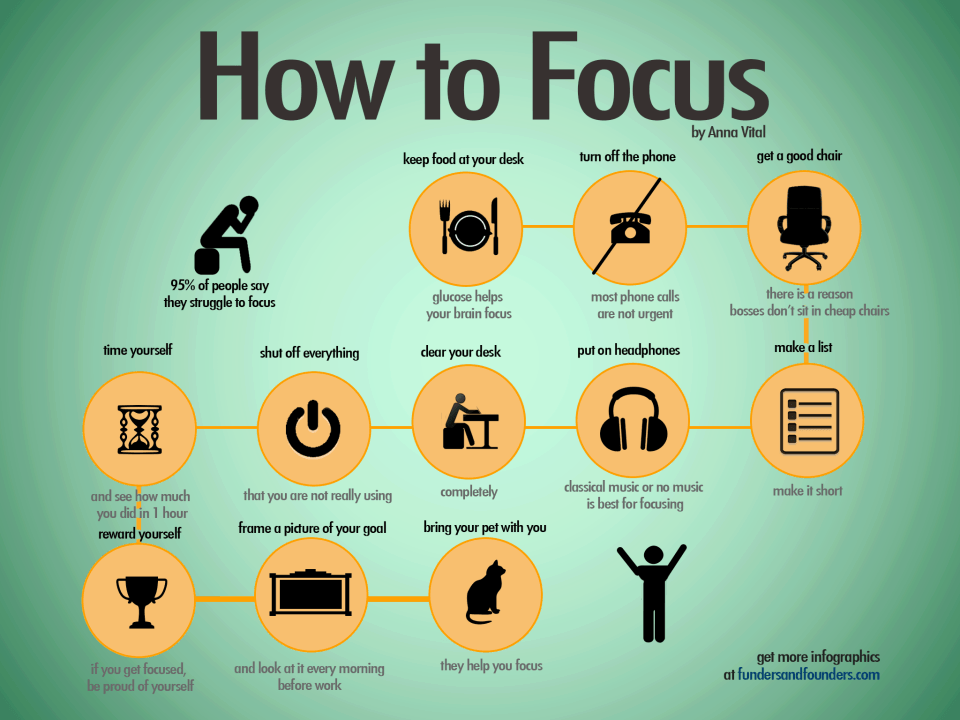 Cryptocurrency and blockchain has been the hot topic in the media the past year.  It is a concept that few truly understand, and could change the future for everyone in a major way.

But what is cryptocurrency and blockchain?

Per the online dictionary:

A cryptocurrency is a digital currency in which encryption techniques are used to regulate the generation of units of currency and verify the transfer of funds, operating independently of a central bank.

The most popular currently in the market is Bitcoin; others include Eutherian and Litecoin. There are various platforms on which to trade in cryptocurrency, for example Luno. Luno functions like the JSE, where willing buyers and willing sellers transact in shares / cryptocurrencies.

Blockchain is a digital ledger in which transactions made in Bitcoin or another cryptocurrency are recorded chronologically and publicly.

An example to demonstrate how blockchain works:

Pete wants to buy Bitcoin from Mary. They both use Luno as platform to trade on.

Each transaction is represented as a block. Each time a transaction is authorised, a block is then added to the other blocks already in place creating a chain, hence the term “blockchain technology”.

The chain is then compared between all the copies of the “ledgers” that are spread out over the world to validate them. You can actually add Bitcoin to your own account without actually purchasing any, but as soon as your ledger compares to the others around you, it will see the unauthorised transactions and reject your version.

Bitcoin is severely encrypted, therefore to be able to finalise a transaction, there are people in the market who solve very complex mathematical problems using a significant amount of expensive computing power to authorise the transaction. These people are called “miners”. They receive one Bitcoin for every transaction they finalise.

As soon as the transaction between Pete and Mary is authorised by the miner, the “ledger” is updated by adding another block to the chain.

The question that then arises is why would hackers not just hack and authorise transactions for themselves? This is where the magic of blockchain technology comes in – the computing power required to solve the complex problem is so expensive, that is more costly to hack than to rather just act as miners themselves and earn Bitcoin. Therefore, no one needs to trust each other and the technology allows the users to trust the system.

It is this level of technology that will regulate the future, effectively eliminating the need for lawyers and banks. The concept is throwing governments across the globe into a state of panic as there is currently no proper regulation embedded in current tax laws.

Like Da Vinci’s inventions, the technology is a little ahead of its time and the rest of the world needs some time catching up. It is therefore critical to keep an eye on further developments as this will impact the way business is done in future.

The Seventh Schedule to the Income Tax Act[1] lists various benefits that employers may grant to employees which will attract income tax for the employee,[2] and require the employer to also withhold PAYE on the amount of the benefit granted.[3] These provisions act as anti-avoidance measures to avoid employees receiving “masked” remuneration in formats other than cash in order to avoid a liability for income tax.

The Seventh Schedule identifies a number of such taxable fringe benefits, and further quantifies the cash flow equivalent of that benefit for purposes of inclusion ultimately in the employee’s taxable income. These taxable benefits provided by employers to employees include:[4]

Given the very wide definition afforded to the word “employee” for purposes of the fringe benefit regime,[6] we often find that clients are surprised at the very wide potential application of the above benefits, be it to the employee directly or not. Given that the PAYE regime, affected by the above mentioned, carries a potential penalty of imprisonment for up to twelve months in instances of wilful contravention or contravention without just cause,[7] it is of the utmost importance that employers too are completely up to date with and aware of the obligations that they may have towards SARS and arising from fringe benefits provided to employees.

[2] See paragraph (i) of the specific inclusions in the “gross income” definition in section 1 of the Income Tax Act.

[3] Paragraph 2 of the Fourth Schedule to the Income Tax Act.

[4] Paragraph 2 of the Seventh Schedule to the Income Tax Act.

[5] Paragraph 16 of the Seventh Schedule to the Income Tax Act.

The South African Revenue Service (“SARS”) implemented several changes to the annual income tax returns for companies (the ITR14) on 26 February 2018 as part of SARS’ ongoing efforts to promote efficiency and compliance.

Two new schedules were added to the ITR14. Firstly, companies that wish to claim the learnership allowance in terms of section 12H of the Income Tax Act[1] will now need to disclose details of its registered learnerships in a separate schedule. In terms of this schedule, separate disclosure is required for learners with a disability and learners without a disability for both NQF levels 1 to 6 and NQF levels 7 to 10. Also, the number of learners and the allowance amount for each of these fields must be completed.

The second schedule relates to controlled foreign companies (“CFCs”). In terms of section 72A of the Income Tax Act, resident companies that hold at least 10 percent of the participation rights in any CFC (otherwise than indirectly through a company which is a resident), must submit a return to SARS. The “old” IT10B Adobe PDF schedule has been replaced with a simplified MS Excel IT10B schedule, which enables companies to declare all CFC information in one consolidated schedule that can be uploaded to eFiling as a supporting document, regardless of the number of interests held in CFCs. The new IT10B schedule must be used and uploaded on eFiling for all ITR14s submitted from 1 June 2018 onwards. This is to accommodate taxpayers that already completed CFC information based on the old format.

Additional disclosure requirements were also introduced for groups of companies that prepare consolidated financial statements. In future, companies with subsidiaries are required to submit a complete group structure together with the ITR14. New questions with regards to the country-by-country reporting regulations have also been added.  Companies that are subject to these regulations will have to specify the tax jurisdiction of the reporting entity for the multinational entity group as well as the name of the reporting entity. A number of additional line items have furthermore been added to the tax computation portion of the ITR14 to take other legislative amendments into account.

An example of this new ITR14 is available on SARS’ website for further consideration. Tax compliance officers of companies should carefully consider these new requirements in order to ensure that the relevant ITR14 is completed correctly and that all the required supporting documentation is submitted together with the ITR14. Companies that have already created new tax returns on eFiling but which have not yet been submitted should furthermore consider to what extent these changes will affect such returns.