Awesome Rewards were awarded to the following staff this month:

New staff members:
A warm welcome to Ashen Gunasee who has joined as an Audit Manager in Roy Macpherson’s team. 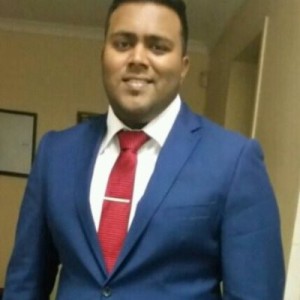 Melishia Engelbrecht recently joined Mauritz Jankowitz’ team as an Audit Supervisor. We hope that she is fitting in nicely with the firm. 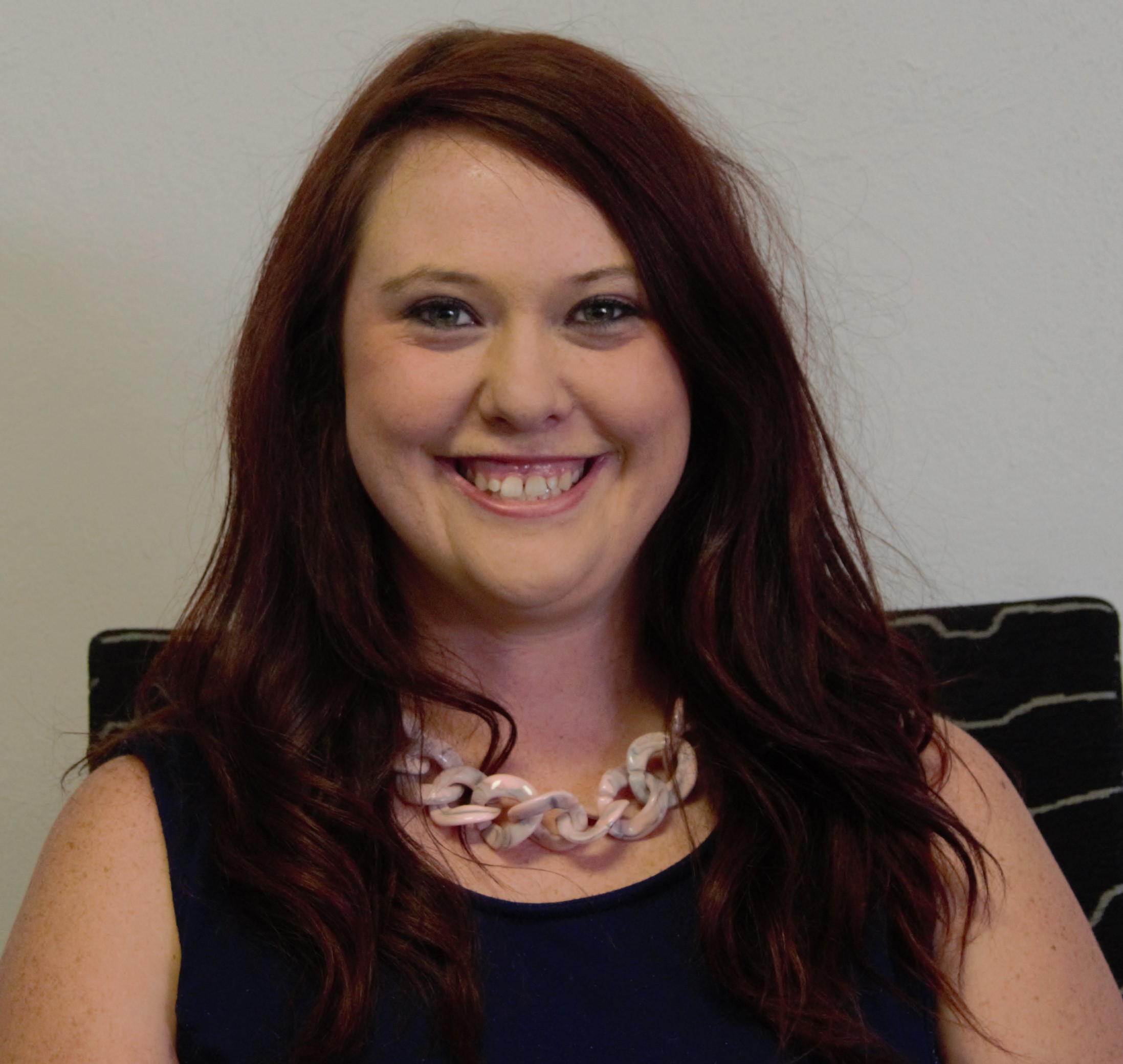 Farewell to staff member:
We bid farewell to Laycoln Trenton, we wish her the best in her future endeavours.

Good luck for the exams:
Our trainees will be going on study leave to write the May/June exams. We wish them the best of luck. 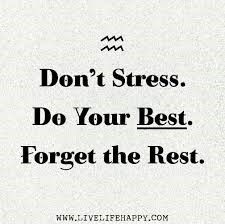 According to a report released recently by SigFig, a US based company assisting direct investors with their portfolios, female investors enjoyed returns of 12% higher than their male counterparts over the year the report covers. Assuming this performance trend continued over a thirty-year period, a woman with R100 000 (we’ll use rands, even though the report uses dollars) invested would earn R58 000 more than a man. Men were also revealed to be 25% more likely to lose money in the market than women. Why is that?

It would seem that men ‘churn’ (sell off and buy something else) their portfolios 50% more often than women. Churning is particularly detrimental to investment returns. For example, in 2014 frequent traders (or investors with an annual investment portfolio turnover of 100% and above) experienced average net returns of only 0.1% compared to the 4.7% enjoyed by other investors.

A likely reason behind the lower returns earned by men and their tendency to churn their portfolios is overconfidence. According to the study, men are typically one and a half times more confident than women that they will better the market in 2015.

Despite being more successful investors than men on aggregate, women tend to be less empowered when it comes to their finances. A Fidelity Investments Money Fit Woman Study indicates that 8 in 10 women refrain from discussing finances with people they are close to. Interestingly, while 82% of women feel confident when it comes to managing a monthly budget, this is not the case when it comes to long-term financial planning. So whereas women are confident they can balance a checkbook or manage the family budget without help, they are less confident regarding planning for their financial needs during retirement or selecting the right financial investments.

Indeed, a lack of confidence is a leading cause of financial illiteracy among women, despite it being a top concern of theirs. For example, while 77% of women cited feeling comfortable talking to a doctor on their own about medical issues, just 47% said they would talk with a financial professional on their own. However, 70% of women currently not working with a financial professional would be motivated to do so in the future.

All too often, one spouse will take care of the finances. And all too often, it is men who take the proverbial wheel in steering the course of their family’s financial future. According to Fidelity’s study, just 41% of partners make joint retirement investment decisions and only 17% of the respondents were “completely confident” that their spouse was able to take responsibility for the family’s retirement finances.

Couples should really decide together on their family’s needs and goals in both the short and long term. Together they need to agree on and take ownership of their financial plan if, ultimately, it is to work for them both. Eventually, when you are forced to live with the consequences of all the small financial decisions you made earlier on in life, this can lead to regret.

Women need to take advantage of their inherently more astute investment instincts and ensure that they are fully informed regarding their financial affairs, so as to take control of their tomorrow. It is only when you know what your tomorrow holds that you can truly welcome it.

This article is a general information sheet and should not be used or relied upon as professional advice. No liability can be accepted for any errors or omissions nor for any loss or damage arising from reliance upon any information herein. Always contact your financial adviser for specific and detailed advice. Errors and omissions excepted. (E&OE)

If the following two requirements are not met, SARS may not allow a business to carry forward its assessed loss to the current tax year:

Requirement 1: Carrying on a trade during the current year of assessment (the “trade” requirement)

The onus rests on the company/close corporation to prove to SARS that it was indeed trading during the current tax year. In deciding whether the taxpayer carried on a trade, SARS will take into account, amongst others, the following factors as they apply to the taxpayer’s specific business:

The following aspects are not necessarily enough to prove that a trade has been carried on:

A company/close corporation may indeed have traded (and incurred expenses) during a tax year, but the related income will only be realised in the following or a later tax year due to the type of industry in which the business operates. Once again, the onus rests on the business to prove to SARS that it was actually trading in the current tax year despite the fact that no income was earned.

SARS acknowledges that it is possible that a business may have carried on a trade without earning an income in the same tax year. Take a property rental company for instance. The company could have been actively advertising and marketing available rental properties without finding any suitable tenants. This would result in a loss for the tax year as expenses was incurred but no income earned in the same period. In this case it is clear that a trade was carried on and SARS should allow the set off of an assessed loss in the current tax year. However, SARS will only consider allowing the set off of the assessed loss if:

As can be seen from the above discussion, the deduction of assessed losses is a grey area. The onus rests on the business to prove to the satisfaction of SARS that it meets the “trade” and “income from trade” requirements as set out above. SARS will assess each individual business based on its unique facts and circumstances, taking into account the abovementioned factors to determine if the business will be allowed to carry forward its assessed loss.

Reading material on the topic of tax does not make for light, relaxing reading. A reader can easily feel lost if he/she does not keep up to date with the meaning of the new terms and phrases which are introduced constantly by National Treasury. This article aims to explain the meaning of a few tax terms/phrases that readers might come across in tax-related reading material.

“Admin penalty” is the shortened version of “Administrative Non-Compliance Penalty”. An admin penalty must be paid by a taxpayer to SARS if the taxpayer does not comply with their responsibilities set out under South African Tax Law. Currently admin penalties are only levied by SARS when a natural person taxpayer fails to submit his/her tax return for two years (or fails to comply with certain reporting requirements in terms of an agreement entered into between South Africa and the USA and which is only applicable to US tax residents or SA tax residents holding US assets)..

Both these processes aim to ensure that each taxpayer pay their fair share of taxes.

The verification process starts when SARS informs a taxpayer in writing that his/her tax return was selected for verification and requests the submission of supporting documents and/or a correction of the tax return. If the taxpayer does not respond to this letter within 21 business days, SARS will send a second letter.

The audit process will start if the taxpayer does not respond to the second letter either. A SARS auditor will call the taxpayer and request that the taxpayer submit the relevant documents after at least 5 business days.

If the taxpayer does not respond to the auditor’s request, SARS will assess the tax return based on the information in their possession.

The taxpayer must apply for a deferred arrangement and SARS may approve or decline the application.

If a taxpayer does not keep to the deferred arrangement as agreed with SARS, the arrangement is automatically cancelled and the outstanding tax is due as per normal terms.

A taxpayer who qualifies as a SBC may qualify for reduced income tax rates, as well as accelerated wear and tear allowances.

The following are some of the requirements that must be met in order to qualify as a SBC:

The taxpayer must be a close corporation, private company or a co-operative.

The above terms/phrases are only a few of the many that are used in the media. Staying up to date with tax lingo requires a concerted effort from the reader’s side as new terms are introduced and current terms changed or improved by law constantly.

This article is a general information sheet and should not be used or relied upon as professional advice. No liability can be accepted for any errors or ommissions nor for any loss or damage arising from reliance upon any information herein. Always contact your financial adviser for specific and detailed advice.