The unpaid taxes include Pay As You Earn (PAYE) and Unemployment Insurance Fund (UIF) and Skills Development Levy (SDL) contributions which have remained outstanding for longer than four years by private companies and individuals.

We strongly urge you to contact our office for assistance should SARS or any of their appointed debt collectors contact you regarding an old debt.

Welcome back to Samantha Goodrich:

We are pleased to welcome Samantha back to the office after 4 months maternity leave.

Congratulations to the following staff on their promotion:

The following staff will vacate the office at the beginning of September to write the CTA examinations.  All  the best and make us proud and most importantly – yourself!

Farewell to a staff member:

We bid farewell to the following staff member:

We wish her success in her future endeavours.

How to increase your exam performance:

Tests and exams are an inevitable part of learning. They’re not there to trip you up, but to measure how well you have understood the subject. Even if you know the content well, there are ways to help yourself perform better on the day.

Some people thrive on exams, others are less fortunate. A disciplined approach will make your task easier, and hopefully – improve your results.

Here are some tips that you can try to help you improve your exam performance. 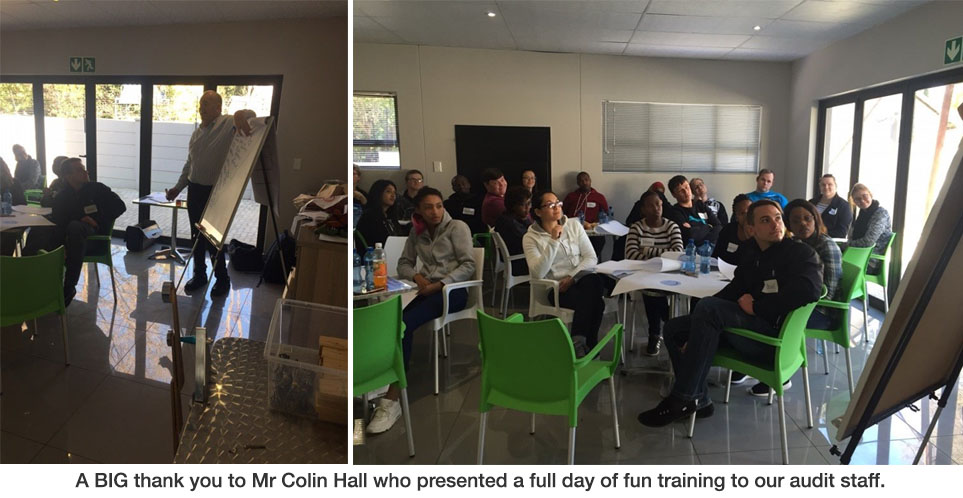 Certain transactions are required to be reported to the South African Revenue Service (‘SARS’) as and when entered into (section 37 of the Tax Administration Act, 28 of 2011 (‘the Admin Act’)).  These are referred to as ‘reportable arrangements’, and qualify as such when an ‘arrangement’ (defined as including any transaction, agreement, scheme or understanding) either meets one of the criteria set out in section 35(1)(a) to (e), or if specifically listed in a public notice issued by the Commissioner for SARS.  This article is concerned only with the former.

Failure to report a ‘reportable arrangement’ will result in a monthly penalty being levied against non-compliant taxpayers ranging from between R50,000 to R300,000 per month (section 212), for up to 12 months.  The purpose for requiring taxpayers to report certain transactions is obvious:  to allow SARS to monitor transactions on an ongoing basis which it considers to exhibit potential traits of tax avoidance.

(a) contain provisions in terms of which the calculation of interest, finance costs, fees or any other charges is wholly or partly dependent on the tax treatment of that arrangement;

(b) have any of the characteristics contemplated in section 80C(2)(b) of the Income Tax Act, 58 of 1962, or substantially similar characteristics (which include round trip financing, involving an accommodating or tax indifferent party in the arrangement or if the arrangement contains elements which offset or cancel each other);

(c) give rise to an amount that is or will be disclosed by any participant as:

(ii) revenue for accounting purposes, but not as gross income for purposes of the Income Tax Act;

(d) do not result in a reasonable expectation of an accounting pre-tax profit for any participant; or

(e) result in a reasonable expectation of an accounting pre-tax profit for any participant, but which is less than the value of the tax benefit to that participant if both are discounted to present value at the end of the first year of assessment when the tax benefit is created.

Imagine the following scenario: a taxpayer named Andrew is on his annual vacation for four weeks. On the fifth day of his vacation, he is lying carefree in the sun with his toes wiggled into the warm beach sand.  A thought crosses his mind: perhaps he must check his email for a change.

Fast forward eight hours: Andrew logs into his email. He gives the emails in his inbox a quick scan. Suddenly his stomach cramps. His heart beats faster. His hands start to sweat. His eye caught an email from SARS. Andrew opens the email and then the attachment reluctantly. The attachment contains a letter from SARS stating that they are going to re-assess his income tax for a specific tax year. The assessment for that particular tax year has been issued more than four years ago. Can SARS do this?

To be subjected to the prescription (or re-opening) of an assessment that has been finalised a few years ago already, is something taxpayers don’t even want to contemplate. However, in terms of the new Tax Administration Act, 28 of 2011 (TAA) SARS may go back more than three tax years into the past, prescribe and re-assess a tax return but only if the Commissioner is objectively, based on the facts, satisfied that both the following statutory requirements are met:

The legal meaning of “misrepresentation” refers to a false statement made by a person, regardless of whether the statement is made negligently, fraudulently or innocently. Misrepresentation does not include the expression of an opinion or an interpretation of law.The taxpayer must have made a positive statement which contained one or more facts that were untrue.

Note that innocence cannot be pleaded as an excuse for misrepresentation. Taxpayers thus have to make sure about the content of any statement they make regarding their tax affairs before making such a statement.

“Non-disclosure” means failure to reveal a fact if there is a duty to disclose it. Whether or not there is an intention to conceal it is irrelevant.

If SARS wants to issue an additional assessment on the basis of requirement (i) above but requirement (ii) is not met, the taxpayer can deal with this situation using the objection and appeal provisions available.

In the light of SARS’s tools to go back and prescribe assessments for old tax years, it might be prudent to keep tax records for longer than the required retention periods prescribed by SARS.