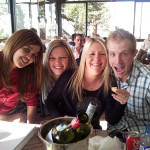 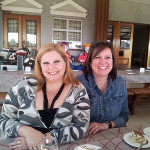 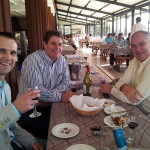 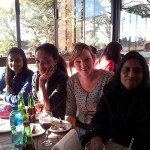 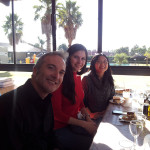 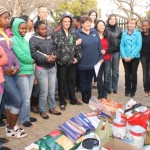 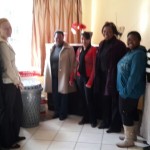 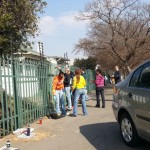 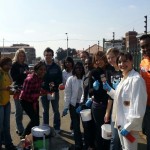 Thank you to Philip Redl from Jacks Paint (Bedfordview) for their Donation and Makro (Edenvale) for their support. 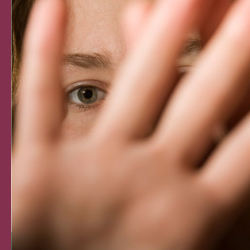 The position drastically took a change since.

The main idea and purpose behind the Act was to provide some form of ease to the needy and poor – those who are not able to afford a hot-shot lawyer and those who are not in a fortunate financial position to make a change.

According to a previous recorded case, one of the first cases in which the order was granted, it only took 5 hours to obtain the temporary protection order but with minimal effort and cost.

However, before the question of how the application can be made is answered it must be established what conduct qualifies as harassment.

Harassment is most generally described as an action/ conduct which is according to the reasonable person considered to be offensive and harmful in all or one of the following ways : psychologically, physically, economically or intellectually. This would most probably result in damage being suffered as a result of the above mentioned by the victim.

Furthermore, harassment would include act such as spying on the person, following the person or even sending continuous Sims’s, emails and letters which has the effect of duress or blackmailing another.

The enactment of the new Act also ensures that “cyberbullies” will be stopped before causing harm to another. These people are those considered to placing explicit videos or photos of others on the social networks without their permission.

This brings us to the most feared form of harassment, being the harassment of your child. This can occur by way of threats against your child, or even confrontations which places the child in uncomfortable situations and which pose to be traumatising to such a child. The Act now provides that the parent of such a child may now obtain a protection order against the wrongdoer in order to ensure the general wellbeing of the child.

The new Act even makes it possible to obtain a protection order against harassment where the wrongdoer is unknown. The Police will be ordered by the court to conduct an investigation into the matter in an attempt to ascertain the identity of the wrongdoer. This is a vital part of the Act as it is indicative of the other very important driving force behind the enactment of the Act.

Due to the fact that technology is developing so rapidly, electronic harassment has become very popular especially with the schoolchildren. It’s a powerful way of causing duress and intimidating another.

In this case, where the identity is not known, again, the court will order the service provider to reveal the identity of such a wrongdoer.

The new Act was designed to target electronic harassment in the same quick application for an order as general harassment.

The form is as follows:

Should a person lay a false charge of harassment, such a person may be charged in the same way as set out above.

The purpose of the new Act is to stop general harassment which mostly leads to damages cause. In most of these cases, up until 27 April 2013, these victims were left with no option, but now the Act makes provision for anyone who cannot afford legal assistance to seek a order for Protection against Harassment for him/herself and his/her children.

Our Constitution exemplifies that the child’s best interest is of utmost importance in any matter concerning a child therefore harassment of any child will be considered as serious in nature.

There exists a duty on every person to protect him/herself as well as his/her child by simply reporting to the clerk of the civil court in the closest Magistrate Court in order to obtain such an order.

The new Act hopes to make this a reality and hereby decreasing the counts of reported harassment through a process considered to be much faster and easier. 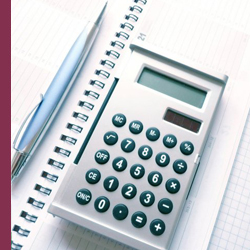 1. Why do we have to lodge and pay annual returns?

The new Companies Act, no 71 of 2008, requires all companies (and close corporations) to submit an annual return to enable the CIPC to have on record the most relevant and recent information pertaining to that company. This annual return consists of a prescribed form that summarises the required information, together with the payment of the applicable annual fee.

The annual return must be lodged within 30 business days which follows the anniversary date of the incorporation date of the company.

The prescribed form CoR30.1 must be completed and can only be submitted online on the CIPC website.

The following compulsory information must be submitted together with the annual return or within 20 business days afterwards:

The prescribed fees that are payable with the annual returns are:

All persons lodging an annual return must first register as a customer on the CIPC website because a reference is required, irrespective of what payment method is used. The payment of the annual return amount may only be made via an electronic payment, preferably by credit card or alternatively, the amount can be deposited in the CIPC bank account. The reference number of the customer is required on any of these forms of payments to enable the CIPC to identify the company who is paying the annual return fee.

4. The consequences of non-lodging and payment of annual fees

If a company fails to submit the annual return by the due date, the following penalties will be levied by the CIPC: 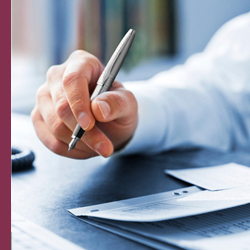 There are various circumstances in which a company (or close corporation) can become deregistered at the CIPC.

However, it is possible to restore such a company or close corporation which has been finally deregistered, but all outstanding information and annual returns (including the fees) will have to be lodged with the CIPC. An additional R200 prescribed re-instatement fee must also be paid.

Recently, the CIPC has set additional requirements to do this, which also impacts on the time, administration and cost to restore such a company. These requirements took effect from 1 November 2012.

The steps and requirements for the re-instatement process are:

Upon compliance of all of the above requirements, the CIPC will issue a notice to the company that it is restored.