Awesome Reward for the Month of April:

We are delighted to announce the appointment of the following staff :

Johan Haarhoff has resigned to join the private sector.  Good luck in your future endeavours Johan! 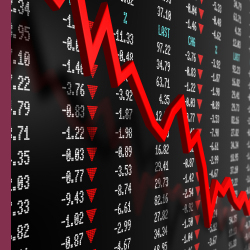 Communists in South Africa must be popping the corks of their champagne as they witness the dream of a state-run economy coming true. Socialists must be wearing a wry smile as, despite their belief in a mixed economy, they do have reservations about the profit motive. Why all this celebration? Because the big picture suggests that, with some illustrious exceptions, the decline and fall of the private sector is happening before our eyes.

The only way we are going to do this is by having an Economic Codesa with measurable outcomes. Please, Cyril, step up the plate. If you want to triple the size of the economy by 2030 and reduce underemployment by 6% – which is the objective of your and Trevor’s plan – you have to have a thriving private sector. But you know that already.

Now that we are entering the fourteenth year of the current century, some of the megatrends shaping this century have become evident. As a 21st century fox, here is my top 10 list bearing in mind that these megatrends will apply for all global economic and political scenarios. In other words, they are universal rules of the game, not variables that may or may not come into play depending on which scenario you choose. I have also run them by my fellow fox, Chantell Ilbury.
1. Populations are ageing.

One of the problems making the budget deficit of the US so difficult to solve is the extraordinary number of elderly people who over the next 50 years will qualify for state-funded medical care and social security. Europe and Japan are in even more difficult situations given that population is declining in numbers in countries like Italy and now Japan. China faces a demographic cliff in about 20 years time because of the one-child policy introduced in 1978 and, at this stage, the nation has very little in the way of pensions and medical cover for the elderly.

Of course, India, Africa, South America and Indonesia still have relatively young, growing populations where the challenge is to raise general living standards. Nevertheless, depending on the degree of success in achieving the latter objective, they too will one day face the same ageing problem as increasing longevity goes hand in hand with rising income levels. The number of people over 100 years old living on this planet is set to explode and somehow will have to be catered for.

2. More economies will return to a steady state.

Japan has led the way. Having been a high growth economy for the 1970s and 1980s, it has been somewhere between zero and one percent annual growth since 1990. They have done everything to try and revive the economy and now have the highest national debt to GDP ratio in the world. Europe is about to follow suit, while America with its younger demographics will probably manage 2% per annum.

Growth, as a concept, has really only been around for 200 years. Prior to the industrial revolution and the massive increase in population in the 19th and 20th centuries, it was only the favoured few who expanded empires and trade. Now we once again face a relatively flat economic universe driven by static populations in the more advanced economies.

3. We have moved from the Age of Knowledge to the Age of Intelligence.

The Internet now means that access to knowledge and facts has increased exponentially over the last 20 years. The differentiator now is the way we use the existing knowledge to create new knowledge and connect the dots by dreaming up ideas that have not been dreamt up before. This is all about intelligence which comes back to teaching children cognitive skills. In a steady state economic universe, the penalty for not having an intelligent strategy as a business is no longer slower sales growth than your competitors. It is death. Innovation has become an even more important element of a company’s life cycle since to grow, somebody else has to shrink. Competition in being original has just undergone a quantum leap.

Since 2000, food price inflation has averaged around 10% a year. Petrol prices have climbed too. In fact, the only thing that has checked the rise in the consumer price index is property (and mortgages). Meanwhile, interest rates are at all-time lows and returns from most asset classes since the beginning of the century have been subdued. It is the classic squeeze particularly in Britain and Europe. It is thus becoming more difficult to make money with money unless you are prepared to take a higher risk of losing it. In fact, preserving the real value of your savings is now a stretch.

In a steady-state universe, you have to be a value-driven investor intent on stocks offering a satisfactory dividend yield and modest price-earnings ratio. Put another way, you have to be a dog whisperer where you can tell the difference between the apparent dogs that offer the upside because they are priced cheaply on account of general market conditions and the real dogs that are cheap for a valid reason. All in all, the retirement age for the remainder of this century has risen to between 70 and 75. Even then, you will still need an intelligent financial adviser. Otherwise, it becomes a race between poverty and death.

5. Education is out of sync with the job market and changing nature of work.

Around the world, youth unemployment is a real issue and in some countries has hit record highs. One of the principal reasons is that schools are educating pupils for the job market of the middle of the last century, not the one that exists now. In those days, a decent academic qualification guaranteed you a job. Nowadays most kids have to be entrepreneurs and start their own businesses. When will schools wake up to this megatrend? I don’t know, but in the meantime society will have a significant propensity for social unrest among its young citizens. They are the first generation for whom life offers fewer opportunities than for their parents because of their inappropriate education.

6. We are witnessing a second and potentially more dangerous scramble for resources.

All the easy-to-find, easy-to-mine, easy-to-treat mineral and energy deposits have been found, mined and treated. We are now into the remoter deposits which require more infrastructure to get the product to the customer or more difficult deposits which require new methods of processing such as fracking. By the middle of this century this picture can only get worse which would signify that the next big technological wave after IT will be around improving resource utilization efficiencies as well as making substitutes such as solar energy better priced for the average consumer.

A growing scarcity of water and food is also developing which is why the Chinese are purchasing land in Africa and why nations on large rivers are beginning to be more aggressive about the way water is shared. Marine mining and offshore drilling are also being stepped up with nations quarrelling over ownership rights in places like the sea off China and Japan. Outright conflict cannot be ruled out.

7. Wars will continue to be fought as weapons become more sophisticated.

This century has already seen its fair share of wars; but it is unlikely to have a war of the magnitude of the two world wars of the last century for one good reason: the principle of mutually assured destruction. Nukes have raised the stakes so much with their power of devastation that every nation, including America, will think twice about using them. Nevertheless, conventional weapons are being turned into weapons of mass destruction by improvements in technology as can be seen by the appalling destruction wrought by a single, deranged gunman in incidents in Norway and America. Missiles are longer-range, drones more accurate and explosives more deadly. While mankind’s instinct to kill has in no way diminished, his ability to kill is forever improving. I doubt whether we will see a single month in this century where someone is not fighting a war somewhere in the world. Sad but true.

8. Like black swans, natural disasters will come out of the blue.

Tsunamis, hurricanes, superstorms, earthquakes, volcanic eruptions, droughts will continue to take their toll. Mother Nature is beyond our control and on account of a more populated world can unleash events of increasing consequence for human life. Moreover, so far this century nothing serious has yet been done by the super-emitters on global warming. It hardly rates a mention among political leaders whose tenure of office is far more determined by their country’s short-term economic performance than by long-term climate change. One hopes that the meticulous collection of further scientific data will put the theory beyond doubt. Consensus has never validated a hypothesis. Often it is one man like Einstein that advances science: but evidence is always the judge.

9. Dictatorial regimes will become rarer, but what replaces them is not necessarily democracy.

One of the biggest phenomena of this century has been the trumping of tyranny in all the countries affected by the Arab Spring. However, it is too early to predict that democracy in the full sense of the word (constitutional rights, regular elections, limited presidential terms) is about to flower in the void left by old regimes. What is certain is that the social media combined with the internet and YouTube have irreversibly changed the balance of power in favor of the people. They can publish their gripes.

10. The work/life balance is now even more elusive.

In the last century, young business executives did not work 24/7. They did not have mobile phones and could not get emails at home. They switched off at weekends and on holidays because nobody could reach them. Now work has intruded on every aspect of life. The strain is showing.